Can she overcome all odds?

Fourteen year old Karina dares to defy her small town upbringing. With drive and ambition beyond her years, young Karina is bent on becoming the social advocate for witches and others with paranormal gifts. But, that’s not all Karina longs for! With hopes of attending Tulane University, Karina aims to one day work at the UN and spark a change that will have a lasting impact in not only her small corner of the world, but on a global level. Fighting for human rights for witches and warlocks promises to change everything.

A chance encounter with a mysterious and troubled gambler leads to a friendship that blurs the lines between right and wrong. Their bond will be unbreakable if they can move past their differences and the boy Karina left behind doesn’t complicate matters further.

This new world that Karina finds herself in will challenge her more than anything ever has before. As her new friend, Jules, struggles to control his powers, Karina is confronted with new and unfamiliar emotions. Desperate to find a balance between love, tolerance, and acceptance, Karina is torn between two worlds and two very different men in her life. With the witch population increasing at an incredible pace and what once was normal, quickly transforming into something else, no amount of magical powers or friends in high places will be able to help her. Hard lessons will have to be learned, if Karina can muster up the strength and the courage to forge on and move past the insurmountable obstacles that continue to thwart her efforts.

Does Karina have all the skills necessary to beat the odds and grasp that which she needs so desperately?

Will Karina’s own brand of magic be enough to smooth the rocky path that she and Jules must follow?

Shifting Control by paranormal romance writers Jasmine Bowen and Zhu Hsia is the second book of The MagicKeepers Series. This romantic trilogy for young adults is a powerful mix of magic, ambition, sacrifice, self-image, overcoming fears, and above all love.

Karina and Jules have recognized their love for one another, but it is not going to be an easy ride. Karina, now eighteen and in college on a full scholarship, is on the brink of fulfilling her dreams of becoming a United Nations translator; but Jules is back to his night life of drinking and gambling and his magic is getting out of control.

The incidents arising from the electrical charges surging through Jules’s hands are becoming more and more explosive and unpredictable. Karina knows something must be done before he hurts someone badly, or before the uncontrolled strength of his magic triggers witch degeneration which can lead to devastating handicap even death. Desperate, she contacts the director of the top secret witch academy in New York, who immediately invites them to stay at the school for a while for Jules to be assessed. At the same time, Karina is offered a translating internship for the summer with the United Nations in New York, and it seems that, once again, nothing can stand in the way of Karina’s rising star.

In New York, the academy’s director, one of the most powerful living witches, pulls out all the stops to help them. As Karina’s fascination with her new job takes hold and her workload increases, she doesn’t see until it is almost too late that, due to his unfounded suspicions, Jules’s uncontrolled magic is not improving; and his recalcitrance and stubborn refusal to be medically assessed threatens to overset all her carefully laid plans for their life together.

For once in her life, Karina finds herself at a standstill. Their time at the witches’ academy is running out, Jules is uncooperative and unhappy, and Karina knows that she may have to make the biggest sacrifice of her life to save him. She must find a way to do this without shattering her dreams and irrevocably hurting the man she loves.

Will Karina’s own brand of magic be enough to smooth the rocky path that she and Jules must follow? You will have to read the third book of this delightful series to find out.

Are they able to shift the triumph onto themselves?

Jasmine Bowen and Zhu Hsia once again bring their special brand of magic to their novel Shifting Triumph, a coming-of-age, paranormal romance and the final book in the series, The MagicKeepers Series.

When Jules’s magic threatened to get out of control, his girlfriend Karina, a gifted linguist and a scholarship student at a renowned college in Louisiana, was ready to drop everything to help him. She persuaded Jules to enrol at the top secret Witches Academy in New York, and she was able to swap universities as well as getting a coveted internship as a translator with the UN.

Three years on they are still in New York. Now in her graduation year, Karina is thrilled to be promoted to a UN interpreter’s booth–a signal honor–and she knows she is close to having her every ambition realized. But her happiness is little clouded, for Jules has gone back to drinking and gambling, and things start to go awry. His attitude toward Karina changes. He becomes defensive and secretive, and Karina wants to know why. Has Jules landed himself in debt–is he in the hands of the mob again–or worse, is he seeing someone else?

Karina then discovers that her own life has been under the closest scrutiny by the UN authorities, and when she is suddenly confronted with the full implications of Jules’s criminal past, it seems as if all her hard work must come to dust. Suddenly, the safe and orderly world she has so carefully constructed for herself and her lover is hanging in the balance. Can Karina save her relationship with Jules? And even if she does, will she still be obliged to leave him if she wants to follow the career of her dreams?

As the cracks in her relationship with Jules become craters, her life is further complicated by the reappearance of her childhood sweetheart, and Karina is faced with choices she doesn’t want to make. But just as she finds she is resolving her problems, a cataclysmic event changes all their lives for ever–Can Jules and Karina ever put their lives back together again? Only the witch community and their magic can help–but will they be allowed to put their magic into practice? Are they able to shift the triumph onto themselves? 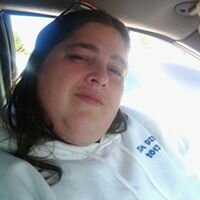 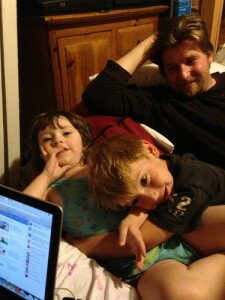 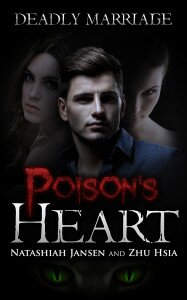 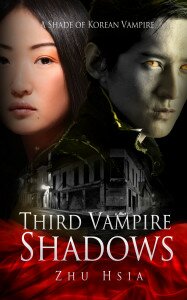