“A great read that will have you turning pages to find out what’s next!” ~ Terry Thompson

A SCIENCE FICTION THRILLER WITH A TWIST.

Captain Kira and her crew are assigned the mission of exploring and colonizing Saturn’s moon, Titan. But they aren’t just an ordinary group of astronauts. Kira and her crew have been genetically altered by a scientist, custom-made to succeed in what they are told is a heroic mission that will save the world.

Titan isn’t everything they had expected, however, and the crew learns that by creating Earth-like conditions, the current inhabitants of Titan will be killed. Back on Earth, the leader of Captain Kira’s mission feels no mercy for the aliens living on Titan.

Threatened with death if they refuse to cooperate, Kira and her crew on the Orion spaceship have no choice but to follow orders, even if it means destroying an alien race–or do they? The stakes
are raised even higher when they discover the aliens’ intentions for planet Earth.

Will Captain Kira and her crew be able to save Earth, or at least some of it, from total annihilation?

Or will Earth’s population be replaced with a new race?

Will Team Kira able to fulfill their goal? Will they find triumph battling the 2 forces on Titan?

“I have with most sci-fi are the over-whelming detail which bogs down the story and the two-dimensional characters that elicit no empathy from readers. To his great credit, author John Black furnishes the vivid descriptive detail necessary to picture the scenes but without  burying the reader in a mountain of minutiae. ” ~ Jeffrey Littorno

Quincy was a charming, small town just northwest of Tallahassee. Many people often mistakenly lumped in Quincy with its urban neighbor, much to the annoyance of Quincy’s 7,000 residents. This community had a personality all of its own. They were a nostalgic bunch of simple folk, farmers and teachers mostly, who still appreciated a much slower pace of life. Quincy was renowned for its schools and low cost of living, but Quincy’s true fame lay in its simplicity and beautiful countryside. It was the old South, without the looming shadow of bigotry and hatred. Generally, the people of Quincy had a welcoming spirit that was genuine and true.

One such person was Curtis Reid, who happened to be both a farmer and a teacher. His family owned a hundred-acre plot of land in the rural western countryside, one of the largest in Gadsden County. His great grandfather had won the land in a local lottery and was the first black man within five hundred miles to own that much real estate. Over the generations, the Reid family had had to fight very hard to keep that land, too.

Curtis was a kindergarten teacher on the east side of town. The facility was actually just a small, residential home that had been converted into a business. That was a common practice in northern Florida, with houses doubling as everything from medical offices to legal practices. The Reid family kindergarten stood out, though. It was decorated with primary colors and exaggerated landscapes. A small, wooden sign in the front yard read: Creative Play Steps.

Educational analysts from Tallahassee struggled to find and duplicate the key to Curtis Reid’s success rate. The education board studied everything from class size to curriculum and the only highlight at Creative Play Steps seemed to be Curtis Reid himself. He was gentle, welcoming and had a certain air about him that disarmed even the toughest characters. His face was young and he wore thin-framed glasses but they did not detract from his twinkling, light eyes. There was something pure and honest about Curtis Reid that emanated from his very soul. It was hard to put a finger on exactly what that something was.

Presently, the voices of singing children leaked from the tiny house. Inside the kindergarten, 21 children were holding hands and swaying in a wide circle. In the center of the group, a portly black man clapped and sang along.

Curtis spread his arms broadly as he hopped about and the children followed suit.

“Like this, Mr. Curtis?” one of the little girls asked between giggles.

Curtis directed the group and all the children cradled their imaginary little bitty babies. The circle danced around the center of the room, each child imitating their teacher. Behind them, there was an outer ring of educational robots, one for each student at the school. Currently, the machines doubled as the Creative Play Steps band. Cymbals crashed and out-of-tune flutes cranked out the song’s rhythm section as the teaching aides tried to keep pace with the group.

Suddenly, Curtis jerked his head around to look over his shoulder. One of the windows on the far wall had been left open, and a flutter of large wings startled the children. A large golden eagle flew directly into the room, circling near the ceiling before resting on the window’s open ledge. The eagle perched on the windowsill and let out a shrill cry. The bird was magnificent, but extremely rare for this area of the United States. It had dark brown feathers with a golden brown crown. Its beak hung open as it cocked its head back and forth.

It called out again and the children backed away from the window. Curtis Reid motioned for the children to sit on the floor, and he slowly moved closer to the massive bird. The children looked to their instructor for reassurance. He quieted the students and slowly moved toward the window with exaggerated steps. Some of the children began to giggle as their curiosity gradually eroded away any fear they might have had. As if to beckon him closer, the golden eagle flapped its wings and let out another piercing cry.

“Class,” Curtis said in an even, confident voice. “It looks like we have a visitor.”

The kids all turned to their robotic teaching aides. Each one rushed to meet the challenge, comparing the visiting eagle with images from their computer screens. As the robots helped the children find a match, Curtis inched his way closer to the window.

“Is it a pterodactyl?” Marcus asked.

“No,” Curtis answered, moving cautiously toward the bird, trying not to panic the eagle or the students. “This is a golden eagle, a very special bird with a very special message. I’ve been expecting her.”

“It’s a girl bird?” Ayana asked, still searching for an appropriate match in her robot.

Curtis draped a thick towel over his arm and slowly extended it toward the bird. On cue, the bird leaped over to his arm and studied the room with its all-encompassing eyes. She weighed over ten pounds and he struggled to hold her weight. Curtis reached out and gently grabbed the eagle’s left leg. He tenderly removed a small scroll from the bird’s left talon. He unrolled the thin piece of parchment, revealing a strange assortment of symbols and shapes.

Without any further prompting, the eagle lifted from his arm and hovered above his head, beating its wings fiercely. It gave the group one last ear-splitting call before flying out the window.

“Could it possibly be true?” Curtis whispered under his breath, studying the parchment.

“What does it say, Mr. Curtis?” Ayana asked.

Curtis quickly tucked away the message. He snapped out of his introspective trance and once again painted a broad smile on his face. He closed the window and began clapping his hands once more.

Why he got the whole world in his hands?

Go get the book now!

41 days ago by admin in Authors , John Black , Sci-Fi | You can follow any responses to this entry through the RSS feed. You can leave a response, or trackback from your own site.

MyReadersPress.com was established by KONG Publishing House, an international publisher located in Singapore. Our goal is to publish works from prestigious writers all over the world. Besides doing that, we also feature great reviews by our authors and other guest book bloggers. We focus mainly on fiction works with diverse genres, for example, suspense, thrillers, contemporary, young adult romance, and self-help books. We published fictional articles written by our authors, guest bloggers, our editors and etc. Most of our authors are published in Amazon Kindle Store. We want our readers to get the high quality content ever. 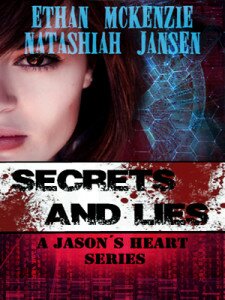